I am learning daily what it means to be a “writer”.  It still feels weird and awkward to identify myself as such…as bizarre as it would be for me to check the ‘African American’ box on a college application simply because I’ve been told I’ve a few good dance moves.

I am learning to force myself to write even when I feel like I’ve got nothing in me to share.  And usually when I’m done with those pieces, I go back and read them over only to roll my eyes…annoyed by my word choice and tone of voice. (Very similar to hearing myself played back on a voice message or answering machine).

This is one of those writings.  Feeling empty, but almost strong armed (by myself) to sit down and pour something out, I write.  And I reread.  And sigh.  And begrudgingly post.

I am learning.  I am learning how to be filled, even when all that resides inside me seems over-dramatic, over-descriptive, and full of lengthy run-on sentences and over-used cliche imagery. (for example)

My husband and I recently celebrated our 15th wedding anniversary in Cancun.  It was glorious.  Beach. A good book. Nap. More beach.  All-inclusive. Another nap. More beach.  Did I mention naps?

For months prior to our trip, I had been expressing to him and a few other friends an unusual feeling I had been having.  What was so out of the ordinary was the inability to describe exactly what the feeling was.  Phrases like, “squeezed like a tube of toothpaste”, were used.  While full of imagery, I’m not sure I was making any sense to anybody.  I just felt like…well, a tube of toothpaste being smashed and knotted to get that last bit out.  I felt like I was being emptied, and therefore, had nothing left to help describe or even identify what in the world I was feeling, let alone what was trying to make it’s way out of me.

When I say I felt ‘squeezed’, I mean emotionally and spiritually, of course.  Though, there were times I felt the pressure physically in my chest.  I was sure of one thing: this was a drawing out done by God.  He was pulling something out of me.  I had even been told by a married couple, complete strangers, upon first meeting exactly that: “God is drawing something out of you.”  I just didn’t know what, where, when, or why…only the who. 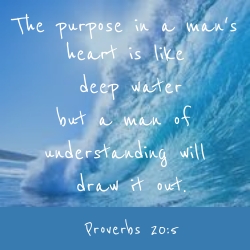 As we sat on the beach on the final day of our trip, I finally felt rested.  Finally, after a week of falling asleep at random times while sunbathing, I felt like I had enough in me to fully engage in the months-long spiritual tension I had been experiencing.

As I sat looking at the waves, I thought about previous trips to the beach.  They’ve all been to the Texas Gulf Coast, so they didn’t hold a candle to the pristine water of the Mexican Caribbean.

However, regardless of the amount of tar or seaweed within, the beach has always represented for me a time of renewal.  The warmth of the sun melts away built-up stress and the sound of the surf rejuvenates a desire to keep at it, whatever “it” is.

The basic processes of marine geology and biology also seem to speak to the most inward parts of my soul.  Shells, once abandoned by their inhabitants, are brought to the surface by forceable currents and waves, overtime being crushed into fine sparkling dust.  My toes can inch their way into a substance full of history, miles and miles of ocean floor story.  The lives that once lived within the bits cling to the back of my calf, as if to beg for the chance to climb into my lap and share their tales.

Birds swoop and dive to find sustenance carried in by the crash of waves like the milkman heavily clanging glass jars to the doorstep.

It’s at the beach that my ideas, plans, and dreams–my twisted insides–seem to converge with God’s voice.  In the past, the surf has brought clarity.  The salty breeze brought His whisper.  At the beach, I can simply watch and listen.  This time, I see His voice growing with force and momentum with the waves as it heads to meet the shore of my confounded and lifeless thoughts.  His far-off, distant, slow-building destiny for me can be vaguely seen on the horizon.

Have you ever sat on the beach and listened to the waves?  Like really listened?  As if sitting mid-section at the symphony, trying to parse out the viola 1 and 2 parts?

There is a constant hum of the waves, a treble-tinny voice that shimmers like ever-riding cymbals.  This is what lulls me to sleep: the white noise of dreams, proposed adventures, and anticipated outcomes.  This is the hum that calls me to the beach-to seeking God at the beach.  The promise of something restful, great, and awe-inspiriing…all-in-one.

On this trip, I strained to hear the hum.  And when I found it, I forced myself to listen past it:

As I spotted a distant wave growing, it swelled in silence…an eerie doomsday silence.  The voice of God went dark as anticipation broadened and drew in waters from the deep.  These inner juices had been sucked out of me, and this is what I had been feeling.  I could almost sense my chest concave a bit as little yearnings and flashes of vision had been squeezed out of me for months.

This is how I was: sucked dry like the lifeless sand at the shore.  Caught up in an undertow current, without footing or breath.  Like a tube of toothpaste contorted to get every last bit out.  Emptied.

Not from fatigue, though tired…

not from sadness or loss, though lacking joy…

but from God drawing out of me my soul’s purpose for this next big wave.

The wave is growing.  The undertow still drawing and sucking ideas, desires, and passion from within me.  The wave is collecting them, not discarding them.  Yet, no sound.  No direction.  An eerie quiet eye-of-the-storm.  No estimated point or time in which the wave will break and roll into a visible foamy white.

Then, at the sea, I noticed more adjacent rises in the water.  God began painting a picture of what is to come.  More is going on here than the revelation of one wave, the wave I had been eyeing in the distance.  Multiple waves drawing from my spirit, twisting and squeezing my internal being between God’s forefinger and thumb.  I’m not being asked to choose between different paths of purpose, but to combine them.

This angst, this wrestling, this limp…it’s all met with silent labor.  Just a growing belly of the sea.  And as it grows, like a dawning mother, I plead for any sign or word or direction, to encourage me that new life is almost here.

Then without warning, multiple swells in the deep blue came together, arms extended, joining hands like angels descending.  They rushed the shore, rising together.  Fearful awe awakened the compressed state of my heart.

The breadth and height and depth of this wave before me–morphed out of multiple desires, visions, opportunities, and people–it struck fear and reverence in me and I began to hone in on the low bass rumble and subtle tympanic crescendos under all the white noise.

A tube of aqua-green formed in panoramic proportions, what seemed to be the length of a lifetime.  In slow-motion, the curled pipe barreled down.  And with a mighty clash of thunder, one that can’t be recognized without playbill and opera glasses in hand, my soul was full with sound that bounced through it’s emptied walls.

All that was wrestled and pressured out…all that had been squeezed and twisted and depleted out of me now overwhelmed me with its ferocious return.

I was covered.  Overwhelmed.  Filled to overflowing with not only that which was once sucked out of me, but also with the violent energy with which it all flooded back.

It burned with cosmic force.  With an otherworldly boom, it rattled new life into the lifeless sands I’d brought with me.

Headed into the water, ready to dive in, I stopped shin-high.  This was a fierce ocean, almost angry.  The storms and rain of the morning left the water fueled and furious.  I immediately understood that walking forward, wherever that might be, I must be careful, wise, and enter with respect.

All this reads like more toothpaste-tube imagery that doesn’t really define or explain or point me in any direction.  I still don’t know what, where, when, or why.

I do, however, walk away from this beach experience with a greater understanding of who.  It is God doing the work.

He is the squeezer, the One drawing things out of me.

And only He will be the One who will fashion and time any tidal waves or currents of this life.  Meanwhile, I will learn to be content–caught in the undertow.