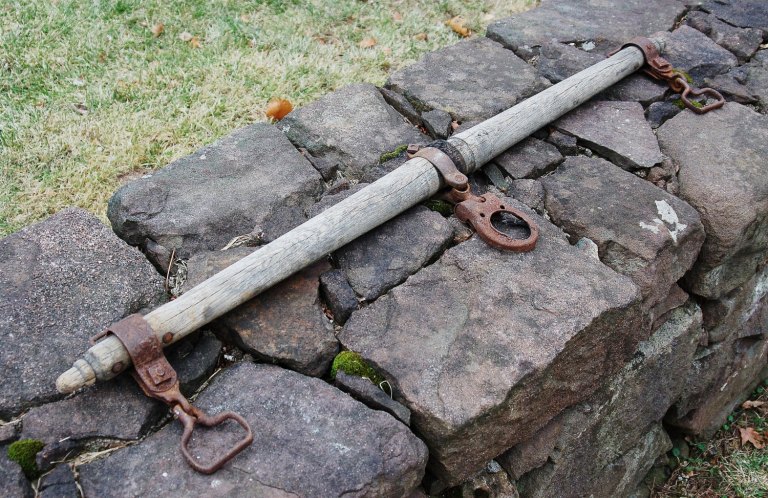 This is the third post of a four part mini-series on Matthew 11:28.  If you’ve missed parts 1 and 2, catch up by clicking the numbers…it will help make sense of this post.

We left off at verse 16 in Matthew 11. Jesus explains what we do when we are offended:

“16 ‘But to what shall I compare this generation? It is like children sitting in the marketplaces and calling to their playmates, 17  “We played the flute for you, and you did not dance;     we sang a dirge, and you did not mourn.” 18 For John came neither eating nor drinking, and they say, “He has a demon.” 19 The Son of Man came eating and drinking, and they say, “Look at him! A glutton and a drunkard, a friend of tax collectors and sinners!” Yet wisdom is justified by her deeds.’”

Because John the Baptist and Jesus came in a way different than the people’s expectations, they acted like children: never satisfied.  I have a child (who shall remain nameless) who sometimes is never satisfied.  I can offer ponies and lollipops, yet in those moments of discontent, nothing is ever enough, nothing will ever satisfy.  Usually, when in the thick of those dramatic episodes, the child has no idea what’s even lacking or what need should be filled.

Without understanding what’s missing, there’s no knowledge of what will satisfy.

Ellicott’s commentary says it this way, “Like so many of our Lord’s other sayings, the parable stretches far and wide through the ages. The evil world rejects all who seek to overcome its evil, some on one pretext, some on another; but true seekers after wisdom will welcome holiness in whatever form it may appear, cheerful or ascetic, Protestant or Romish, Puritan or liberal, so long as it is real and true.”

The offensiveness of Jesus’ coming continues to press into us.

Are we willing to welcome holiness in whatever form it may appear?

These questions aren’t easy to answer, especially when in the thick of the wilderness or in the midst of uncomfortable clothing.

Or, when we don’t even know what we need.

As advent begins, I think about the uncomfortable coming of Jesus.  God sent Him in the most culturally offensive way at the time…through an unplanned pregnancy.  Mary could have easily been discontent with her situation.  The carol, “Mary Did You Know” makes me laugh.  Really?

Let’s think about that question.

Umm, no. She didn’t know. She had no clue what she was happening to her. She found herself in an unplanned pregnancy, on the verge of divorce before her marriage even began, and confused.  Her situation was likely offensive to her plans, to her family, to Joseph.

No, Mary didn’t know that the Messiah was coming with such offense.  But in her unplanned circumstances, in her isolation, in her confusion…Jesus came–in the pit of her stomach, He came. The young girl had no idea what laid ahead for not only her body, but also for her heart.

The angel may have opened her eyes to see the baby growing in her belly, but Mary likely envisioned her son sitting on an princely throne, not pinned to the offensive cross covered in his own blood.

He comes this advent into our lives despite our preparation.  He comes in a way that will likely cause us to whine, to complain, to be dissatisfied…perhaps offended.  Do we even know what we are looking for this advent?  Do we come with only an expectation for Him?  Do we understand that He is the only thing that our souls are truly longing for?

How will we receive the news of His coming…that which will most likely come in a way that alters and bristles our plans and expectations?

May He stir in the pit of our stomachs and hearts.  May our eyes be opened to the new life growing within us.

And may our hope be set in His plan, whatever offense it may contain.